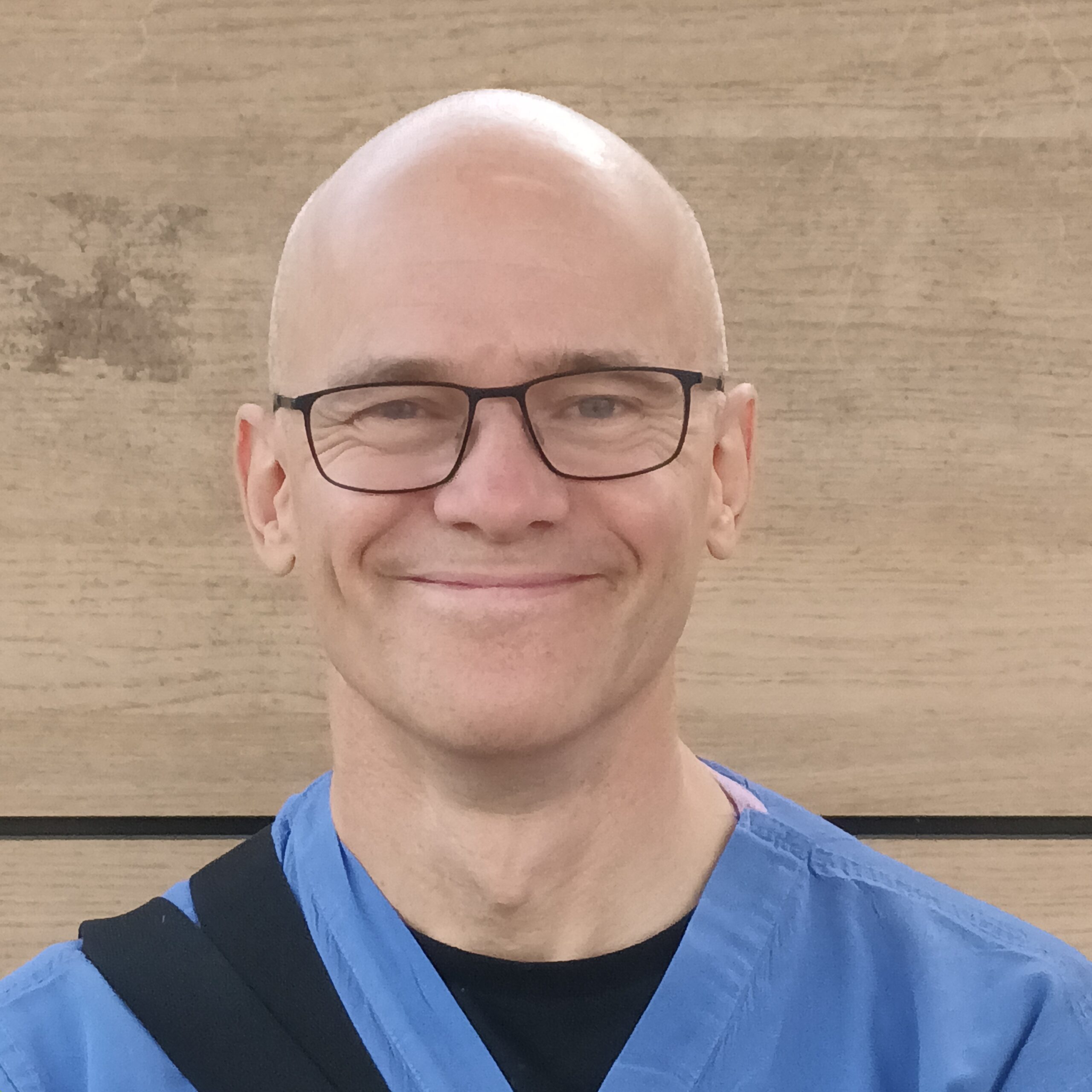 Kent primary school teacher, David Meacham, has completely changed career at the age of 59, swapping the classroom for a busy A&E department at the top-performing Maidstone and Tunbridge Wells NHS Trust (MTW) and is currently undertaking an apprenticeship to become an Emergency Department Practitioners’ Assistant.

David’s career had been in teaching – the first half teaching young adults English in a further education college before a move into primary schools around Tunbridge Wells.

Although he enjoyed his teaching, when he reached his late 50s, he wanted a change while young enough to start a new career.

As a biology graduate, he’d always had an interest in science and healthcare and previously considered training to become a doctor and, more recently, a paramedic.

However, when researching options, he saw the apprenticeship to become an Emergency Department Practitioners’ Assistant advertised on the NHS jobs website and thought it sounded ideal.

There were several attractions. As an apprentice, he could train on the job and be paid, which made it financially feasible. He also felt, at 59, that he would rather not study for another degree.

David loves to learn and was excited about developing new skills, working in a different environment and supporting patients, nurses and doctors.

Working in the Emergency Department also appealed as David knew he could use the people skills he’d developed working as a teacher.

The role ranges from guiding and chaperoning patients and tidying and stocking the department to applying dressings, plaster casts, splints and slings and carrying out electrocardiograms (ECG) and observations (blood pressure, heart rate etc.).

David started the apprenticeship in February and will be qualified within 18 months. He said that, after an initial induction and training, he was soon working in ED shadowing qualified staff.

He has now completed his Care Certificate and is about to be trained in taking blood samples.

Talking about the apprenticeship David said: “This is a completely new world for me. I feel I am contributing so much and learning again, which is exciting.

“The role is very fulfilling as I am supporting people when they really need help. When you put plaster casts on, it immediately eases pain.

“Working in a hospital environment is also fantastic – it is just amazing what goes on in the background and how doctors and nurses perform so calmly under pressure.  It’s a privilege to be part of their team.

“Everyone in the department and at MTW has been supportive, friendly and patient. I am training alongside other apprentices, meeting people from all walks of life. While the experience is not without its stresses, it is stimulating working in ED and no two days are the same.

“I love the fact I am genuinely helping people. The apprenticeship is terrific – it has given me the opportunity to enjoy a whole new career at my age. I would recommend it to anyone.”