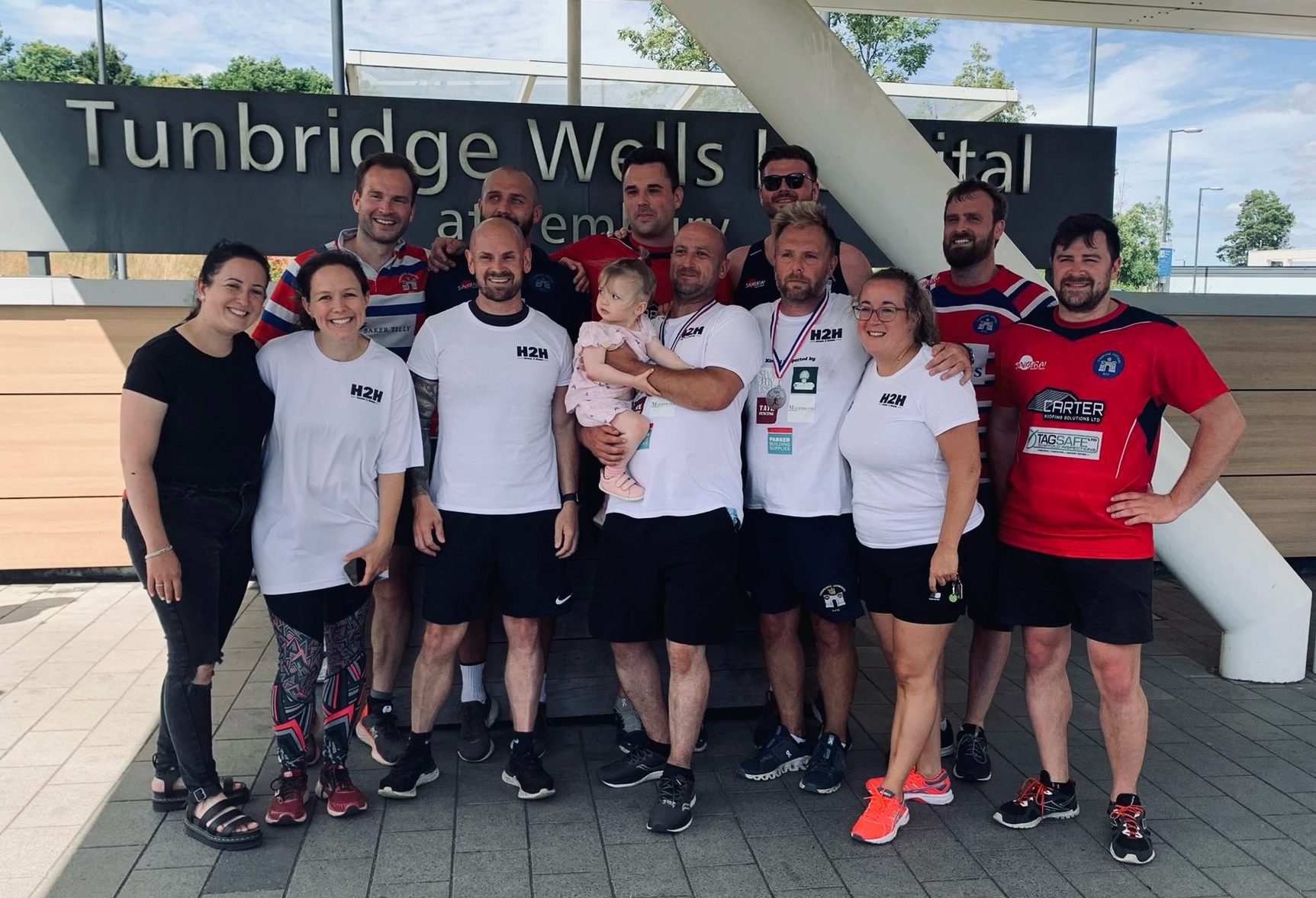 The pair were running in memory of William’s son, Thomas O’Shea, who was born at Tunbridge Wells Hospital on 2 July 2019 and, despite expert care from teams at both Tunbridge Wells and Great Ormond Street, sadly passed away on 19 August 2019.

The runners set off from Great Ormond Street in the early hours of Saturday, and arrived at Tunbridge Wells Hospital to cheers and applause from their families and friends. NNU Staff Nurse Justyna Thorburn also joined them at the finish line to congratulate them.

The team were then able to visit the Neonatal Unit and spend some time with some of the staff who cared for Thomas, including Unit Co-ordinator Janice Anderson and Sister Catherine Rollo.

William described the visit to the NNU as “very emotional but in an amazing, happy way”.

Neonatal Family Support Sister and Bereavement Lead, Tara Hayward, said: “As a team we are truly humbled and so grateful for Will and Darren’s enormous effort – it is an absolutely amazing achievement. To everyone who has supported them through their ‘ultra-run’ by the giving of donations, time, love and encouragement we thank you too, as the money raised will have a significant impact on the unit and future families.”

Speaking after the challenge, William said: “The day went really well, and was topped off by some of my old teammates from Tonbridge Juddians RFC surprising us and running the last 15km to help us get over the line (which by then we definitely needed!)

We were really quite overwhelmed at the donations that came in on the day, bringing funds raised to over £11,850 from literally hundreds of individual donations. In times where money is tighter for people, it just shows how valued the staff at the NNU are”.

Find out more and sponsor the team at: www.justgiving.com/fundraising/h2h-thomasoshea-twells.