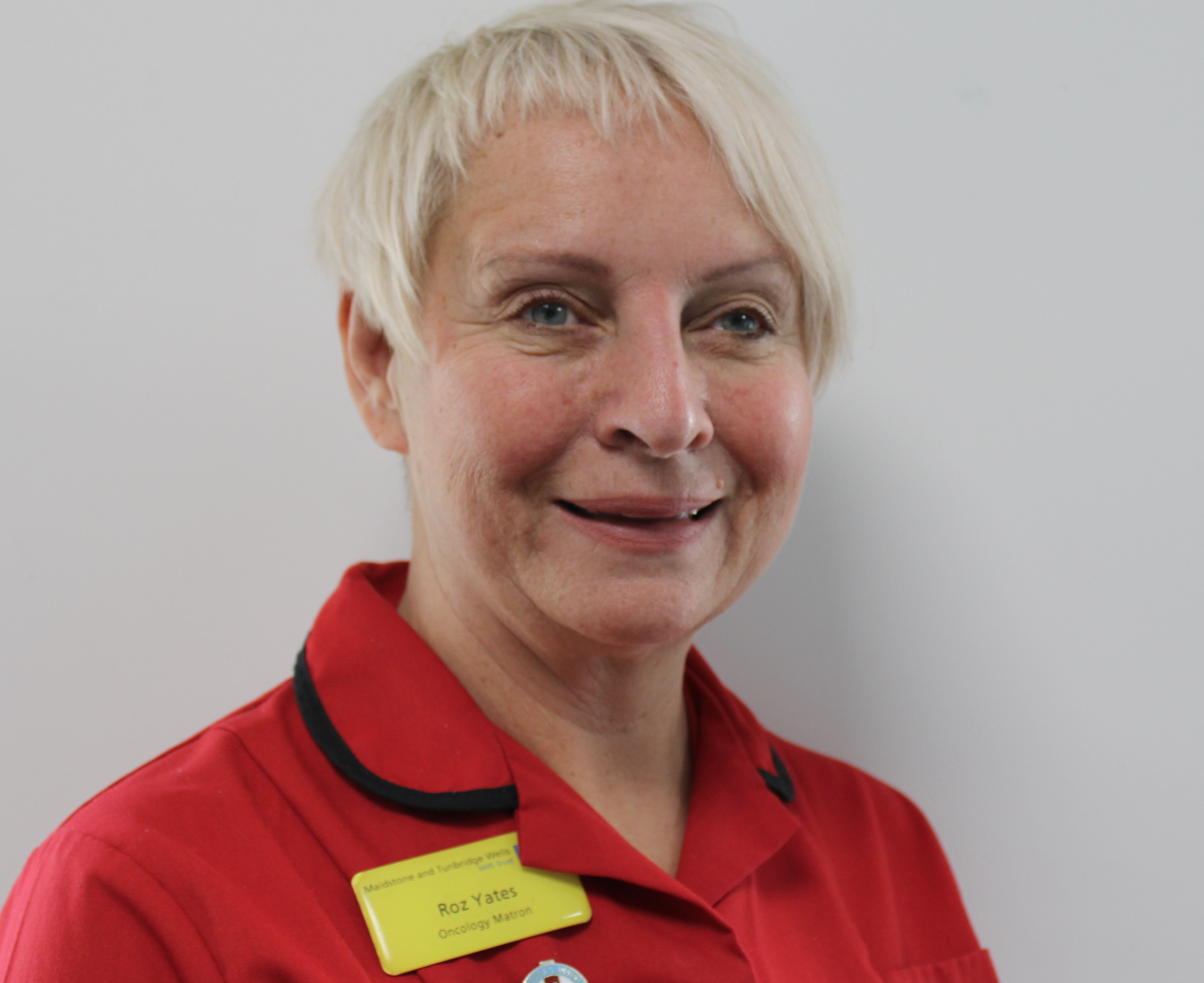 At a young age, Roz wanted to be an air hostess and fly the globe – though her Mum had other ideas! At a grammar school with a scholarship to public school, her Mum researched some Hospitals and eventually talked her into nursing. Roz duly applied to St George’s and spent four months as a Healthcare Assistant waiting for her nurse training to begin. The minute Roz stepped on to the ward as an HCA, she knew that was what she wanted to do.

After qualifying, Roz spent a short time in Gynaecology and then SCBU at All Saints Hospital in Chatham and after six months had a baby of her own. She then went on to work in adult ITU at Medway for five years during which time she had another baby. And then her career changed. Undertaking a professional development course, Roz had to spend a week in a completely different environment. Her Dad, a Prison Governor, managed to pull some strings and Roz spent a week at Broadmoor which she loved. In fact, she loved it so much that she took a week’s leave and went back to make sure. At that point she decided to follow in her Dad’s footsteps and applied to join the prison service. Roz spent 10 years working at HMP Elmley in Sheppey in the equivalent of a Sister role working with vulnerable prisoners and sex offenders. She set up a community care unit for prisoners who couldn’t cope with mainstream prison, some of whom had learning difficulties, Aspergers etc. After five years she then set up a drug dependency unit in Elmley and worked for five years with rehabilitation for offenders with addiction problems. She also completed her Diploma in Forensic Mental Health at the Bracton Clinic. During her time spent at Elmley Roz undertook a year’s course specialising in the management of patients with HIV and AIDS, including a placement at the London Lighthouse Hospice which she found an inspirational time.

Moving on from Prisons, Roz went to work in the Substance Misuse Team for Social Services in West Kent with a caseload of 40 which she describes as being really challenging but during which she met some very interesting and charismatic individuals! Three years later, she decided it was time for another change and applied for a Palliative Clinical Nurse Specialist role. With only a course for the dying and bereaved as previous experience, she had to learn on her feet when she was appointed into the role. Covering Chatham and Rochester for the Wisdom Hospice Roz found that the skills that she had used to engage and developing relationships with her patients were transferable from her work with substance abusers and compared the transition as “working with a dying life as opposed to a living death”. Roz loved covering her patch in Chatham and became well known in the local community, meeting people from all walks of life and often treating people from the same large family groups.

At the Hospice Roz started a Masters in Palliative care but had a devastating house fire where she lost everything. Deciding to turn this into a positive, she took a year off and went travelling around the world for a year. During that time she visited Hospices in Nepal who view death as a natural end to a progressive disease which was inspirational to her. After returning to her old job at the Hospice, sadly her Dad died of cancer and having nursed him at home, she felt the Hospice wasn’t the right place for her. This lead Roz to Kent & Medway CCG where she worked as Lead for safeguarding in care and nursing homes across Kent and Medway. Over the course of a year this provided her with a lot of experience and she trained to the highest safeguarding levels available. For a further 9 months, she also took on the management of the domestic abuse team, ensuring that Trusts, GPs etc were dealing with domestic abuse properly.

Roz then moved to Kent Community Health as a Specialist Safeguarding Nurse but by then began to miss Oncology and after 9 months decided she was ready to return. Shortlisted for an Acute Oncology role at MTW, Roz knew as soon as she stepped through the door that would love it here. Feeling so comfortable at the interview she decided that even if she didn’t get the job, she had had a really nice day! Much to Roz’s delight, she did get the job and, along with another CNS, they set up the service and have developed it over the last three and a half years.

In October last year, Roz stepped into the Deputy Oncology Matron role and she loves it! For the past 33 years she says she has been trying to make a difference to patients and now she is also able to make a difference to staff. During her time in the Prison Service, Roz and a colleague were sent to the Lincoln Hospital in the South Bronx area of New York to learn auricular acupuncture. It was used there to treat substance abuse and was successfully brought back to use with prisoners in the drug dependency unit. Whilst they underwent training during the day, they spent time exploring the city in the evenings and then flew to Texas and had the opportunity to talk at the AcuDetox conference in Houston about the use of acupuncture in detox. This treatment is now used to treat the symptoms of the patients with metastatic breast cancer within Oncology.

Roz loves working at MTW and says that empathy is the key to being a good nurse – taking the time to see the world through someone else’s eyes for a minute to see what it’s like for them helps. She feels that everyone in the Trust is supportive of each other and everyone wants to do their best for the patients despite things being hard at times. In her spare time Roz rides a Vespa and her and her husband (who she married last year) takes their scooters all over the place including Europe. They also enjoy Lindy hop dancing! Roz was asked to undertake a humanist wedding for a friend some time ago and, after some research, she was delighted to do so. She has also undertaken naming and funeral ceremonies, all for friends, and feels very honoured to be able to participate in such occasions. She also says she still wouldn’t mind being an air hostess! Roz’s advice is to “Never be afraid to challenge yourself – just because something might be unchartered territory, that doesn’t mean you can’t master it. Consider all the skills you gather over your career, see how they can be transferable and go for that job you think you’ll never get! Don’t think you’re not good enough – with the right self-belief, you can achieve anything”.